When a person dies, their estate must be distributed to the beneficiaries or heirs. Much of the time, this will be to the person’s closest living relative. They may also be deemed the next of kin. If the person left a will, it will direct the distribution of the estate based on who the deceased person wanted to receive it. The specifications of the will may not follow the next of kin law, but it takes precedence when the two don’t agree.

If no will exists, the state probate law will determine who are the heirs. The legal definition of next of kin will determine how the estate is distributed. This includes the spouse and biological children, stepchildren, and adopted children.

Understanding Next of Kin as a Legal Term

If you don’t have a legally valid will or if a loved one passed away without a will, it’s important to understand the meaning of next of kin. In cases where no next of kin is found, the state may hold onto the decedent’s estate.

Next of kin is defined as the closest blood relative. This means that a spouse isn’t your next of kin because they aren’t related to you by blood. However, they are generally first in line to inherit the estate even without a will. Related by blood includes blended families in the case of half brothers or sisters.

People who may be your next of kin include those most closely related, such as children, parents, siblings, and other relatives by blood. State probate laws generally list the surviving spouse and any living children as first to inherit.

If the decedent wasn’t married and had no children, their parents would inherit followed by siblings. After those immediate relationships, the grandchildren, grandparents, aunts and uncles, then nieces and nephews will inherit. State laws may vary some in the order. Cousins follow if no other blood relatives are living.

What If Next of Kin is a Minor? 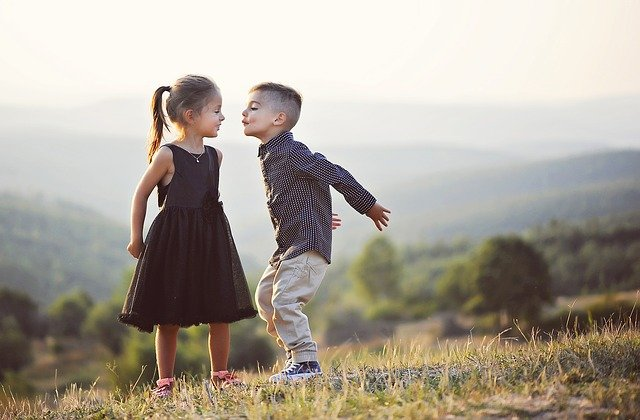 Even if the next of kin is a minor, they are still entitled to inherit the estate as the legal heir. They don’t lose out just because they aren’t of age. However, the probate court will usually appoint someone to act as a conservator or legal guardian and manage the assets of the estate. The conservatorship will remain in place until they are at the age of majority.

The Impact of Adoption

Adoption creates a relationship that is the same as if the person was born into the family. Adopted relatives are treated exactly the same as biological or blood relatives.

A prime example is if a person who passes away has both biological children and adopted children. They will inherit equally, according to the probate court. Now, the parent could have designated one person to inherit more in the will. If there is no will, the deceased’s estate will be split equally.

How Stepchildren are Included as Next of Kin

Because stepchildren aren’t blood relatives or legally adopted, they aren’t included as the decedent’s children even if they were raised by the decedent. The only way they are guaranteed to be part of the inheritance is if they were included in the will.

Stepchildren won’t inherit anything until after the deceased person’s closest relatives have received property. This is the case even if the spouse of the decedent and the stepchildren’s biological parent inherited.

Some states allow exceptions for the stepchildren. For instance, California law allows for stepchildren to inherit if they can prove that the relationship began when they were minors and continued or if the stepparent tried to adopt but couldn’t due to issues with the other biological parent.

Proving Next of Kin

To prove that someone is the next of kin will require that they have proof of identity. While this sounds simple enough, it can be more challenging than you might expect. The person who is next of kin may reside in the US but not be a citizen. They may find it difficult to access records that show proof of who they are.

The court may require an affidavit from someone who has knowledge of the blood relationship. State laws have different requirements, which is why it is important to know what is required in your state. You can speak with a probate attorney who can help you gather the required proof of identity.

How to Inherit Property as Next of Kin

If you are the next closest blood relative of someone who passed away without a will, you will need to transfer ownership of their property into your name. Generally, the probate court will appoint someone as the personal representative to act as administrator of the estate. They receive a letter of administration, a legal document which gives them legal authority to act on behalf of the estate.

The personal representative pays any outstanding debts and completes the necessary paperwork to transfer the assets to the beneficiaries who are usually the family members of the decedent. The relatives who will inherit may need to get a next of kin affidavit, which is a notarized document that show they are the heir to the estate. In some cases, this may be all that’s necessary to transfer ownership. Other times, other documentation proving who you are may be required.

How Much Next of Kin Inherits

If there is no will, state law dictates not only in what order the next of kin inherits, but how much they will receive. In most cases, the answer is 100 percent of whatever amount remains after all debts have been paid. For instance, if there is a surviving spouse with no children, the spouse will receive the entire estate. If there were no spouse or children, the decedent’s parents would inherit 100 percent.

If the decedent had assets worth $300,000, the spouse would receive the first $50,000. They would also get half of the remaining $250,000 or $125,000. The remaining $125,000 would be divided equally between the children. If the children are minors, it is likely that the court would allow the spouse to be the trustee of the money until they become of age.

For more distant relationships, such as grandparents, aunts and uncles, and nieces and nephews, they split the amount evenly. For instance, the estate would be split between paternal and maternal grandparents equally if they are deemed to be the closest living relatives.

Will Next of Kin Automatically Inherit?

If the deceased person didn’t have a will, the probate court will follow the state’s next of kin law to determine who should inherit. However, this only applies to probate assets if any exist after the debts are paid.

If the decedent had non-probate assets, such as a bank account with a payable on death (POD) beneficiary, they would still receive that asset even if there is no will or if they aren’t the next of kin.

If you want to prevent issues with next of kin inheritance after your death, it’s important to have a will drawn up that lists who you want to inherit your estate. An estate law firm can help you with estate planning to ensure the people you choose are your beneficiaries.